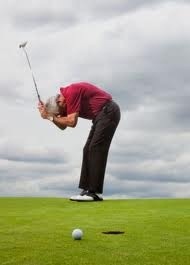 In golf, a mulligan is a stroke that is replayed from the spot of the previous stroke without penalty, due to an errant shot made on the previous stroke. The result is, as the hole is played and scored, as if the first errant shot had never been made. Mulligans are disallowed entirely by the rules of golf and players who attempt it or agree to let it happen may be disqualified from sanctioned competitions.

Unlike the rules of golf, the Texas Rules of Civil Procedure allow for attorneys to introduce evidence that was not originally introduced at trial before a judgment is rendered—a post-trial evidentiary mulligan. Under Texas Rule of Civil Procedure 270, “[w]hen it clearly appears to be necessary to the due administration of justice, the court may permit additional evidence to be offered at any time; provided that in a jury case no evidence on a controversial matter shall be received after the verdict of the jury.” Tex. R. Civ. P. 270.

Such an evidentiary mulligan was at issue in the recent 14th Court of Appeals case, Harvest Life Foundation v. Harris County Appraisal Dist., 2013 WL 2456867 (Tex. App.—Hous. [14th Dist.] 2013). Harvest Life applied for exemptions for two tracts of property for tax years 2007–2009 and seven tracts for tax years 2008–2009 on the ground that the properties were used for charitable purposes. At the close of evidence, HCAD argued that Harvest Life failed to present evidence that any of the properties were certified as a halfway house by the pardons and paroles division of TDCJ—the exemption for which Harvest Life applied—and HCAD had presented a page from the TDCJ’s website showing Harvest Life was not one of seven certified halfway houses in Texas.

This rule is certainly not new. In Texas Emp. Ins. Ass’n v. Elder, 282 S.W.2d 371, 375–76 (Tex. 1955), the Texas Supreme Court opined that evidence may be entered at any time before the Court of Appeals disposes of the appeal of the trial court judgment:

“It will be observed that at the time that motion was filed in the trial court the case had already been affirmed by the Court of Civil Appeals. The trial court did not err in refusing to consider that evidence, for it had lost jurisdiction of the case. While the rule does provide that the court may permit additional evidence to be offered ‘at any time,’ that language should not be construed to mean that new evidence should be considered by the trial court after a case has been affirmed by the Court of Civil Appeals.”

The rule is not an absolute guarantee that the trial court will allow additional evidence. The decision to reopen the evidence is within the sound discretion of the trial court. In re Hawk, 5 S.W.3d 874, 876–77 (Tex. App.—Houston [14th Dist.] 1999, no pet.). In deciding whether to exercise this discretion, the court may consider a number of factors, including (1) the diligence of a party in presenting its evidence, (2) whether reopening the evidence will cause undue delay, (3) whether reopening the evidence “will do an injustice,” and (4) whether the evidence to be introduced is decisive. Id. at 877. The trial court should exercise its discretion liberally “in the interest of permitting both sides to fully develop the case in the interest of justice.” Id.

Given the standard above, Rule 270 mulligans, like mulligans in golf, should be used rarely, if at all, and only when absolutely necessary to ensure a full and fair trial court proceeding. However, one should be aware of this underutilized and oft-forgotten rule, if only for those times when your first (evidentiary) shot finds the water, the trees, or the backyard of a home adjacent to the golf course.

Error: Twitter did not respond. Please wait a few minutes and refresh this page.